Home | What is MESP

What is MESP® Technology?

MESP technology is an upgrade from ESP (Electrostatic Precipitator) technology. Compared to ESP, MESP not only has 10 times the clogging capacity, but also solves the problem of ozone generation, arc and spark. 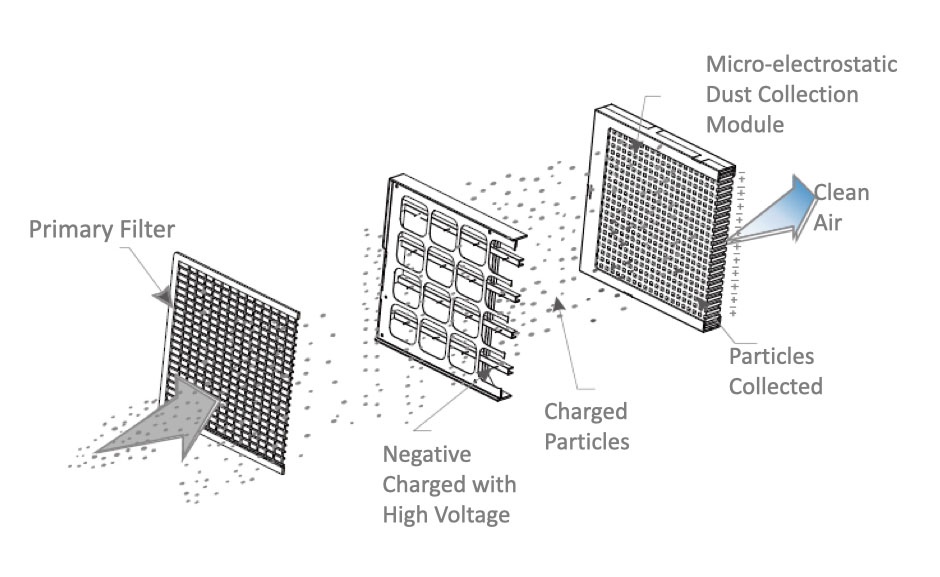 The particle collection filter is an innovative dielectric with an intense electrical field which enables the removal of even the tiniest particles without a high-pressure-drop fiber matrix. Airborne particles get an electrical charge, then pass into a honeycomb of 2-4mm diameter hollow polymer flutes. Encased between rows of flutes are thin electrode sheets, which generate intense electrical fields. The polymer flute’s dielectric material, prevents current from flowing between electrodes even though an intense electric field is generated. Charged particles - pollutants, bacteria, germs, viruses — are pulled to the walls of the flutes — and stick.

With the unique volt-ampere characteristic curve of MESP technology the current gets smaller even as the voltage increases again. The result: high voltage and low current without the potential dangers of electrode damage and electric shock, which are traditional ESP product weaknesses.

The unique nano PP-made filter is washable, with a lifespan exceeding 10 years with just a small attenuation effect. The total running cost should be much lower than traditional media filter products.

How does MESP kill viruses in the air?

Due to the micro-electrostatic filter’s high-voltage electrostatic effect of up to 10,000 volts, the cell wall of bacteria and protein shell of viruses which pass through will be instantly destroyed, thereby inactivated, instantly killed.

Phase 2. Any virus absorbed on the electrostatic filter will be continuously inactivated

In the MESP sterilization module, the dielectric material forms a honeycomb hollow microchannel, and wraps the electrode sheet to form a strong electric field in the channel. This electric field exerts a huge attraction to the charged bioaerosol moving in the air, while only generating minimal airflow resistance. It can absorb almost 100% of air movement biological aerosols, PM2.5 and other particulate matter. When the virus loses its host cell, it will naturally die out after being continuously absorbed by a strong electric field. In addition, as viruses and bacteria continue to be impacted by high-voltage electric fields, they gradually become carbonized and then eliminated! 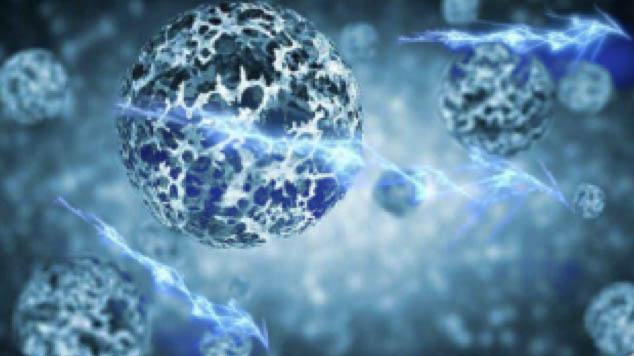 The Working Process of MESP

Once away from the corona zone, the negative ions are attracted to the surrounding air, negatively charging the gas molecules, which then move towards the MESP positive plate under the action of a strong electric field.

Once the fine particulates carry enough negative charges, they move to the positive plate under the action of the dense MESP matrix electric field – and are firmly attracted by it.

1906: CF.G.Cottrell succeeded in experiments at the University of California, Berkeley, USA, and developed a Cottrell-type industrial electric dust collector.

1955 and forward: Electric dust removal technology has been widely used in industrial smoke and dust treatment and air purification.

1980: Masuda and others in Europe carried out the application of high-voltage narrow pulse power supply in the field of electrostatic dust removal.

1990: Bai Xiyao and others in China conducted research on the same-polarity soot-charged condensation technology of the DC electric field.

2014: AirQuality Technology comprehensively promoted the application of MESP technology in industrial and civil fields, making significant progress in this area.