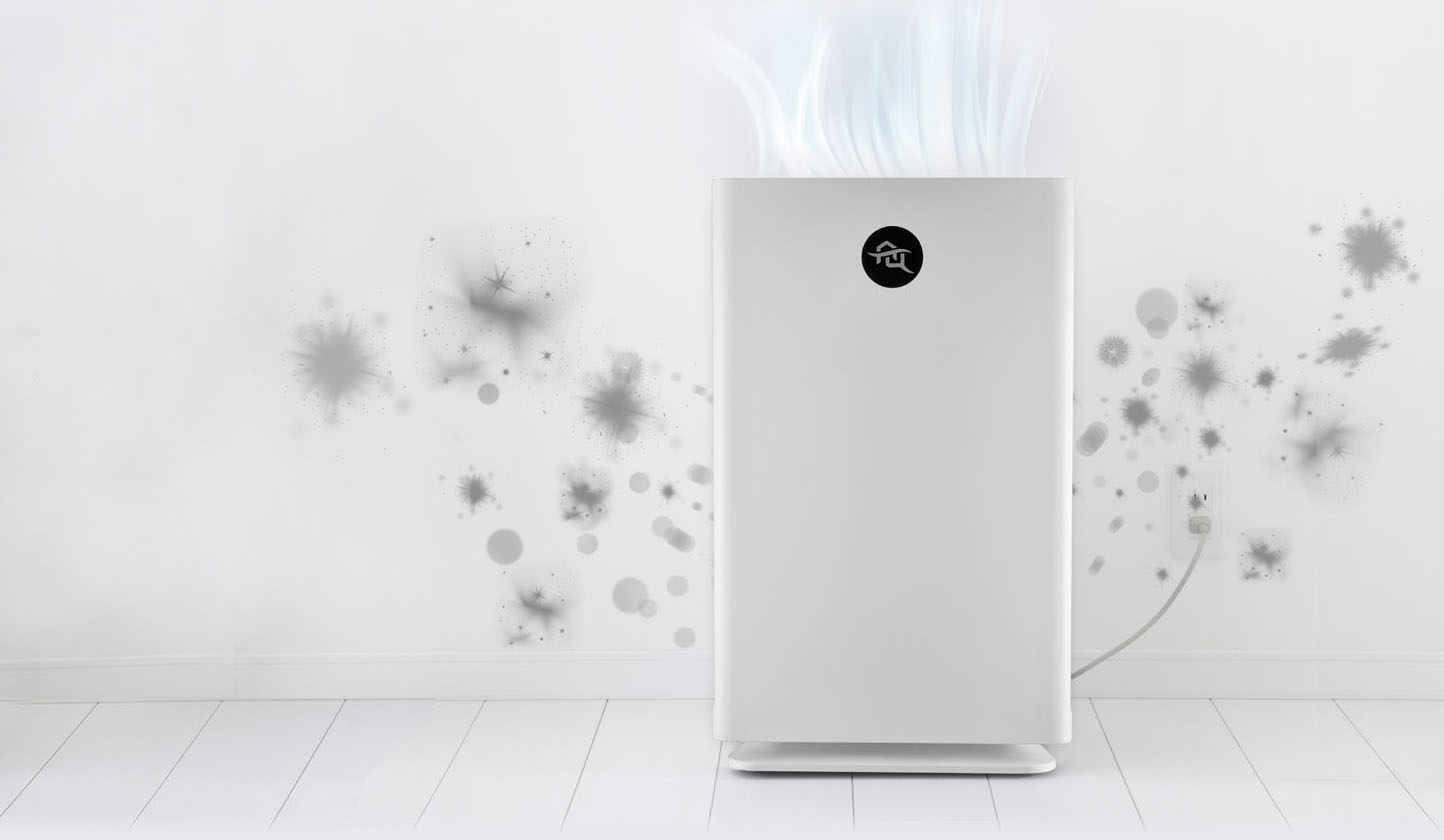 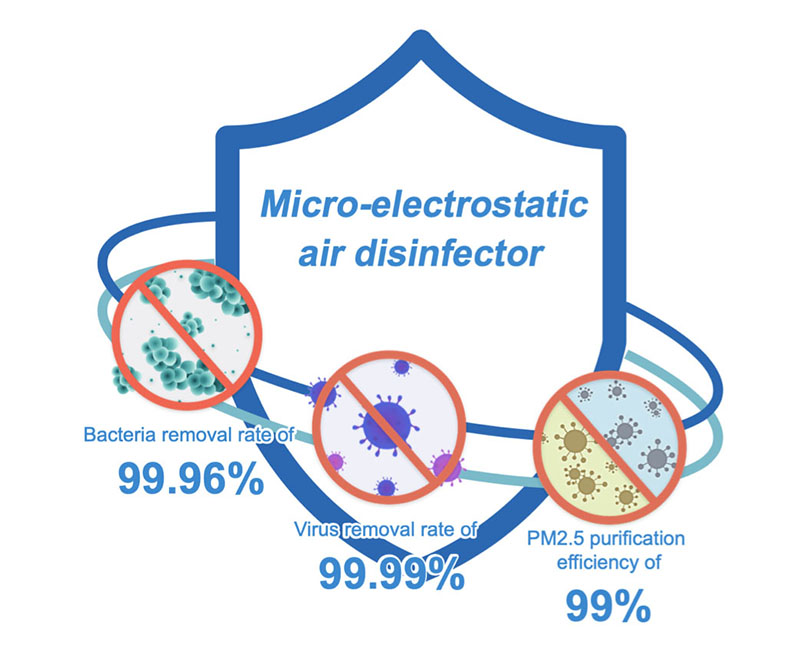 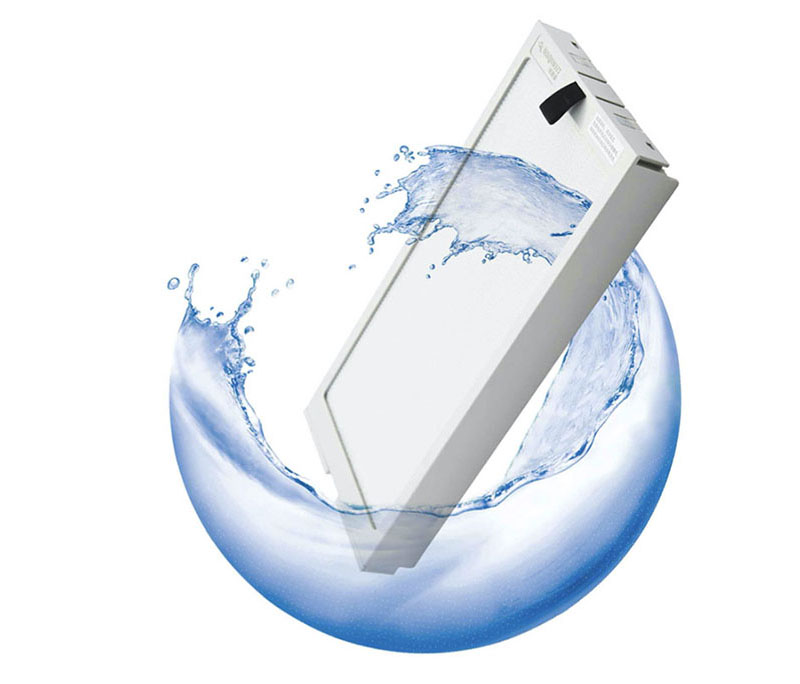 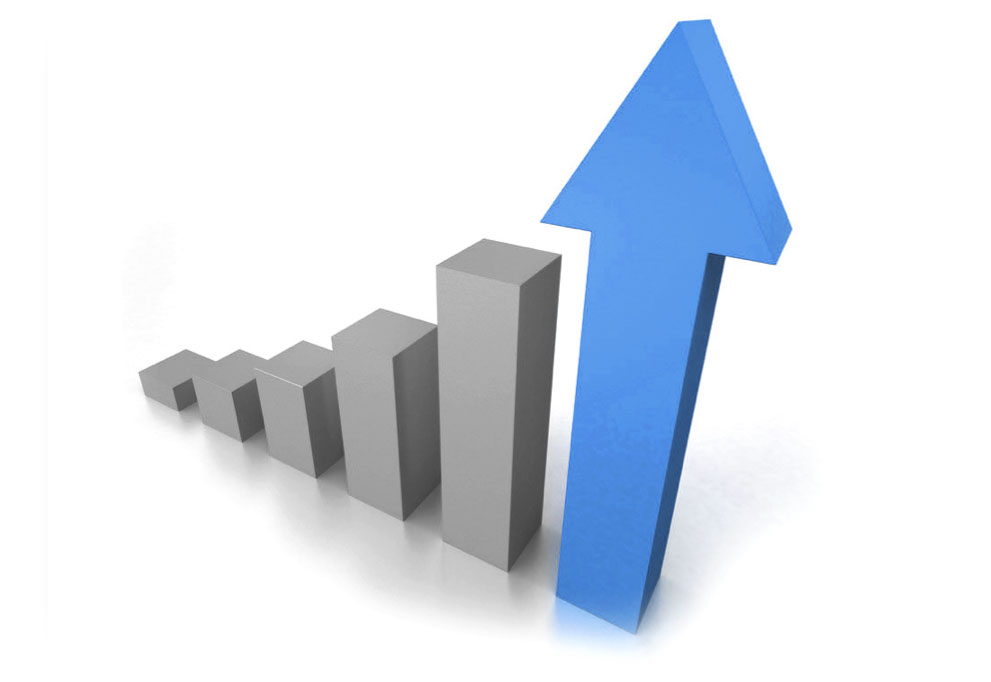 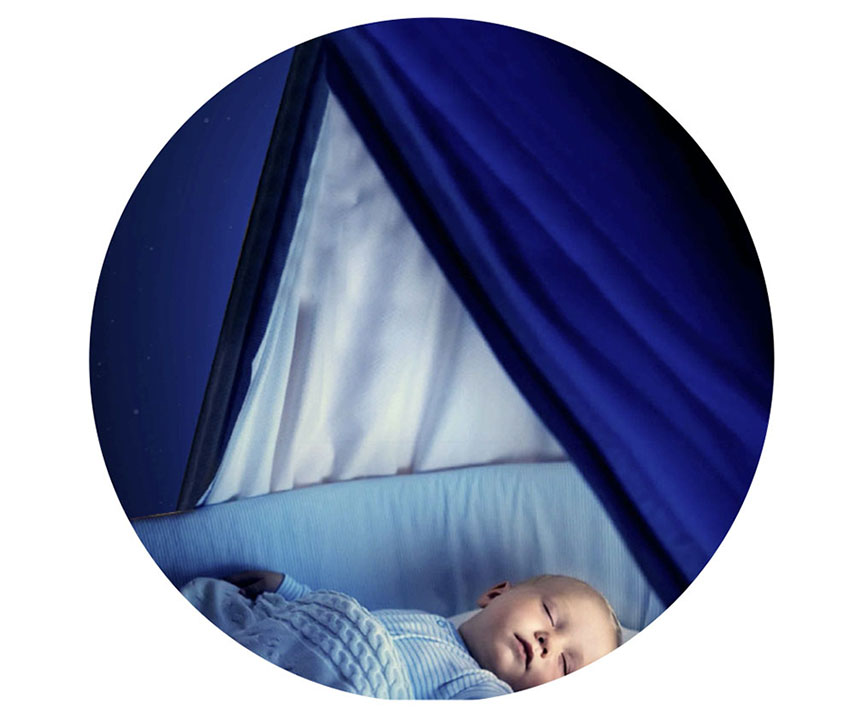 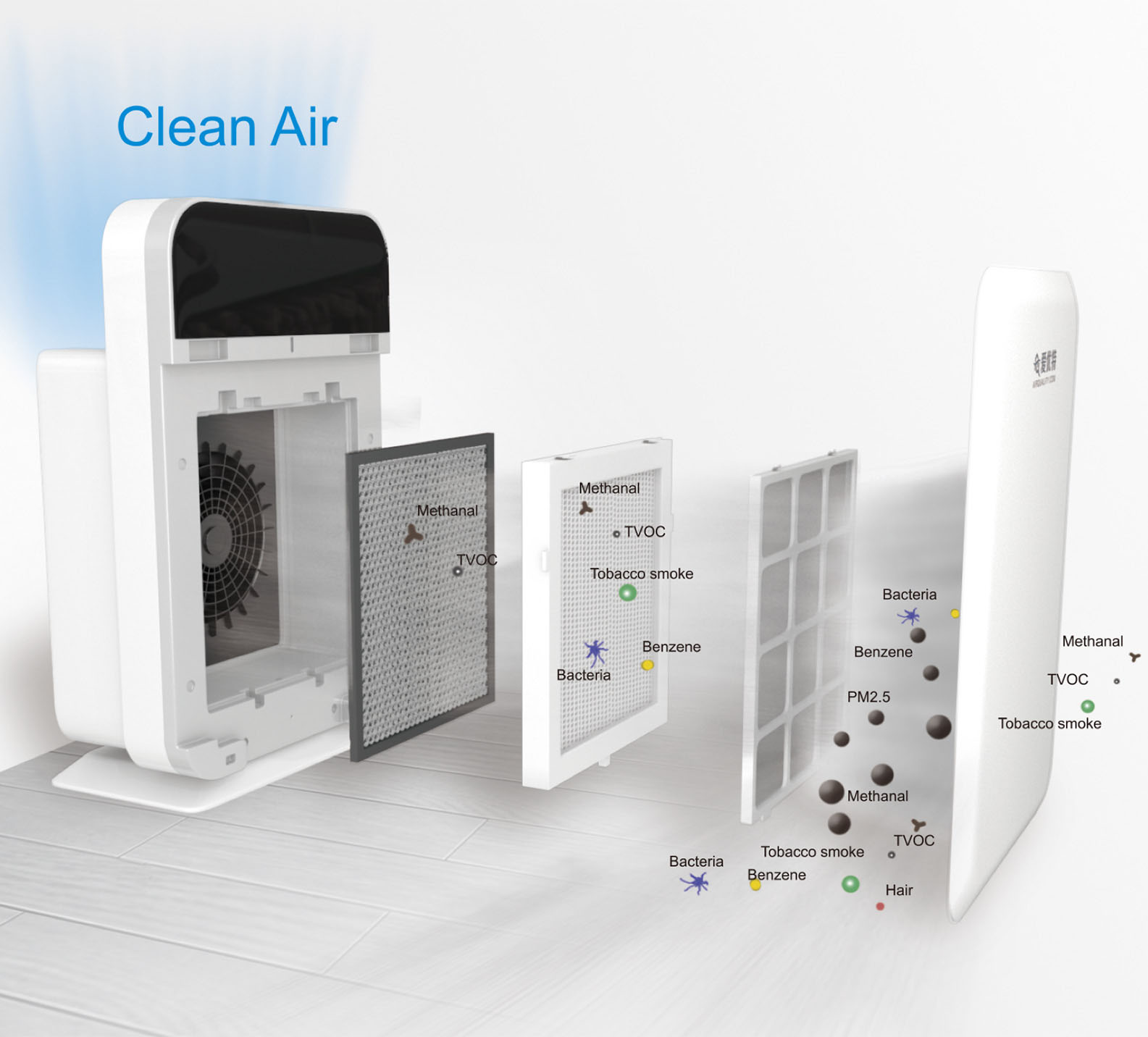 • No material consumption, the ﬁlter is washable, no need to replace

• Low running noise, as low as 34dB in silent mode, and even lower in sleep mode

• Magnetic buckle panel is easy to disassemble, assemble and clean 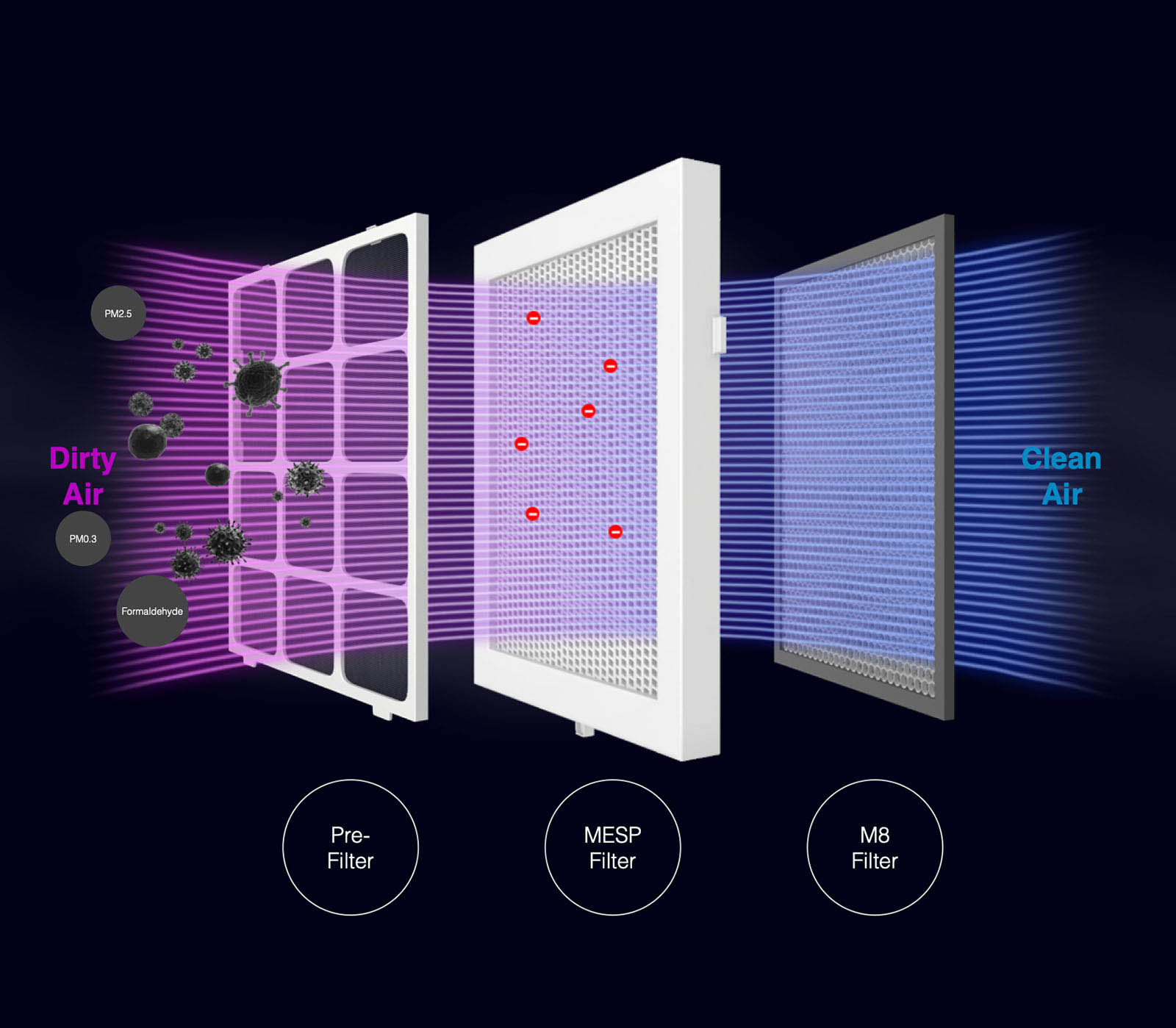 The methodology and mechannism of MESP tech ▸ 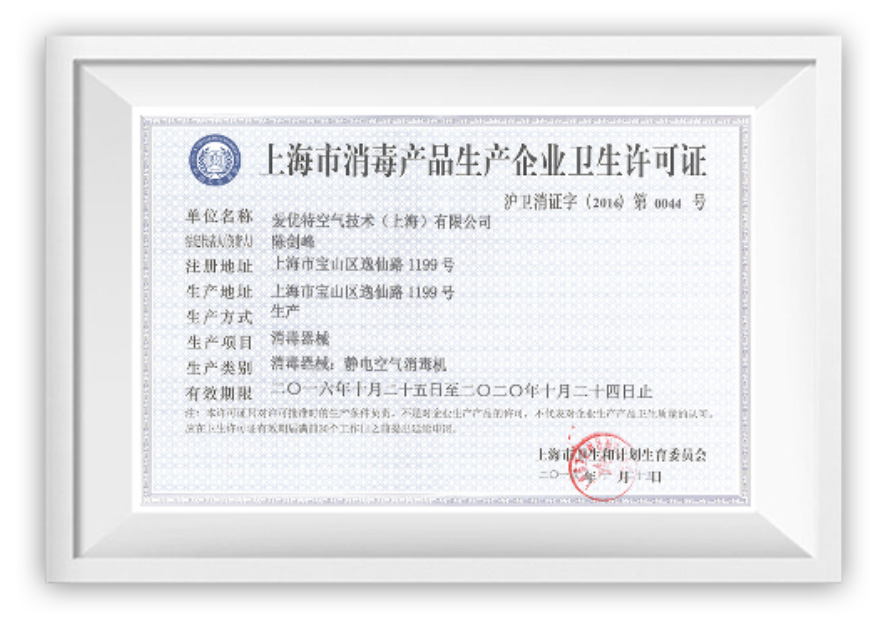 We own the Hygienic Permit for Sterilization Product Enterprises which is issued by Provincial Commission of Health and Family Planning, according to the sterilization standard of the technical standard for sterilization, the inhibition rate of natural bacteria in the air need to be more than 90%.

Please log in the official website of the Center of Health Supervision National Health Commission of the People’s republic of China, https://credit.jdzx.net.cn/xdcp/loginPage/query?queryParams=info&getInput=爱优特 to retrieve the files.

AirQuality have donated over 1000 portable air sterilizers to the appointed hospitals (including Huoshenshan Hospital and Leishenshan Hospital) which admits COVID-19 infected patients in Wuhan and other cities. 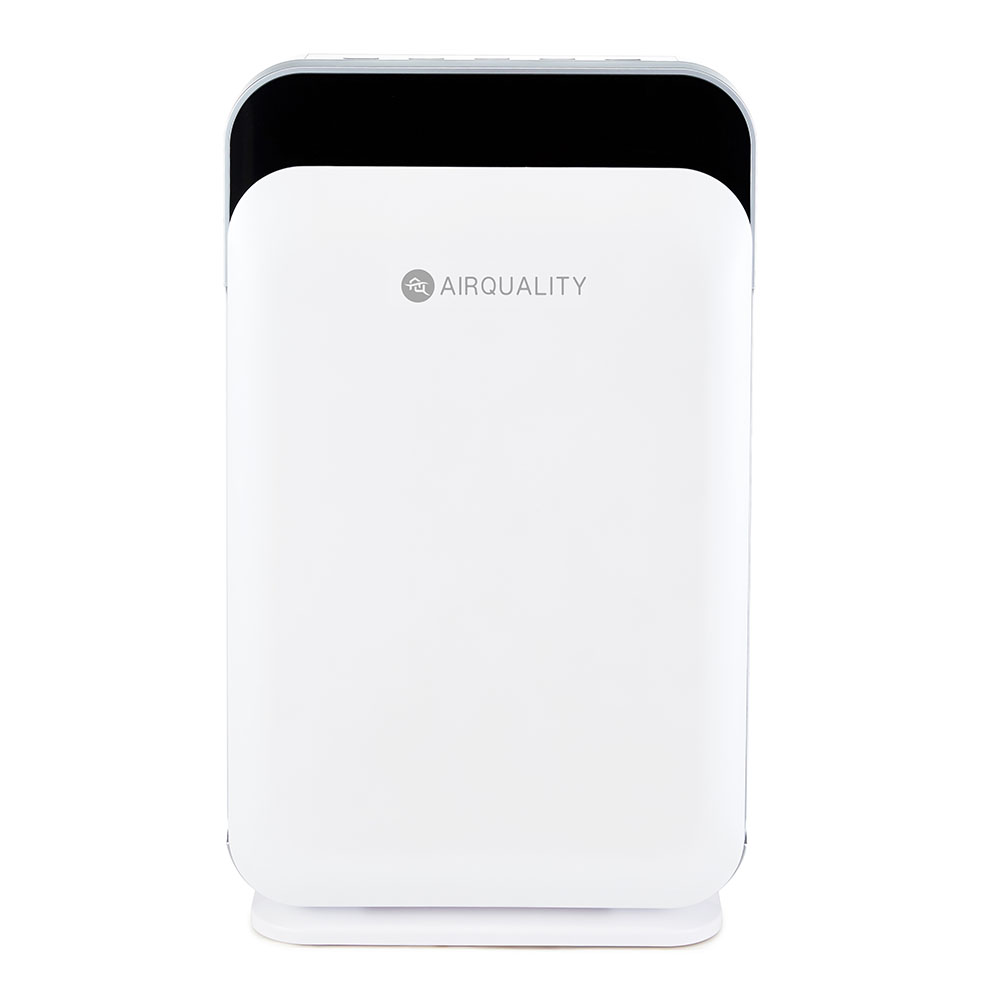 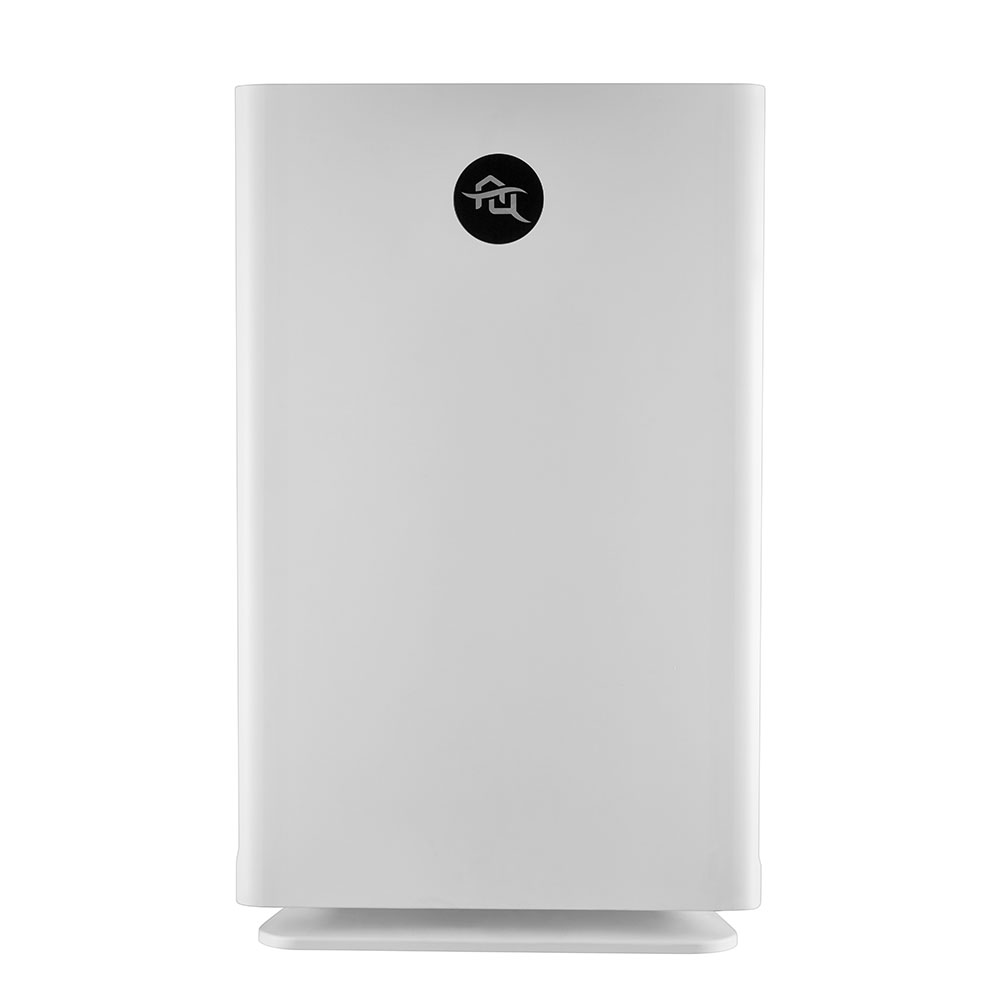 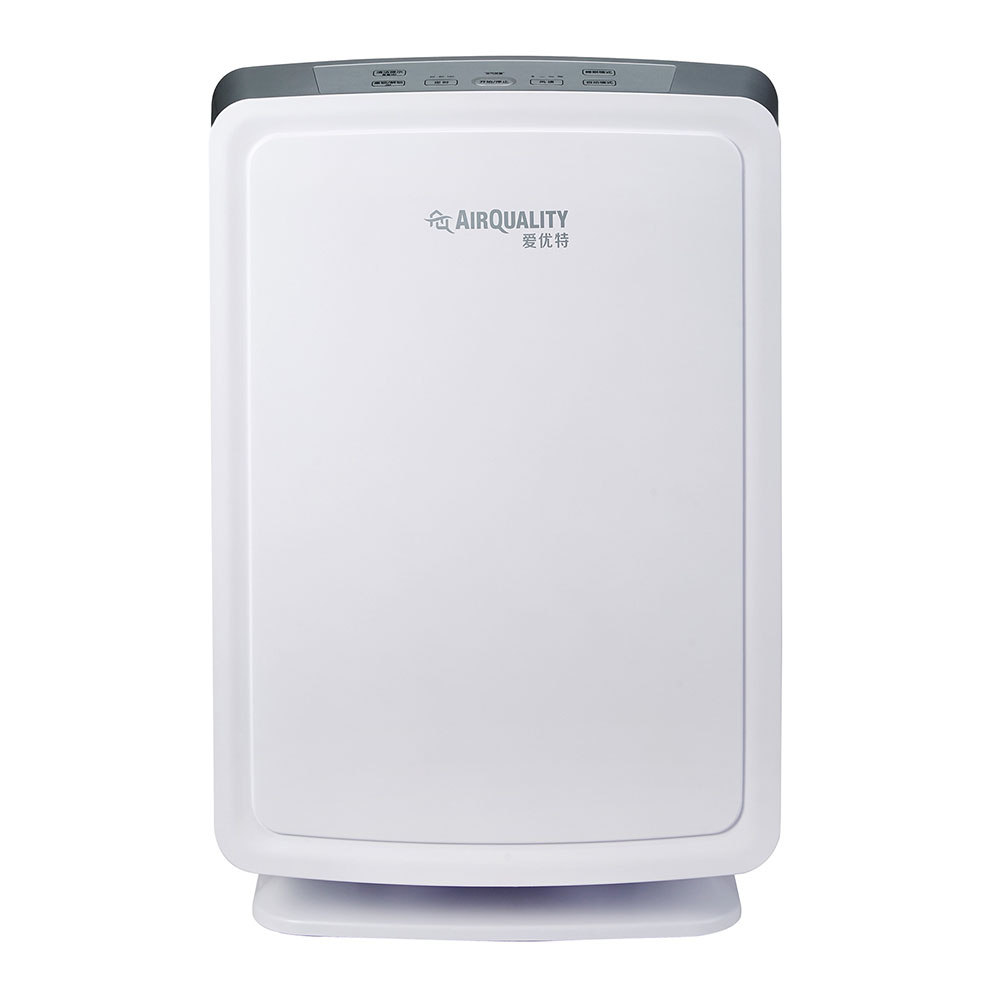